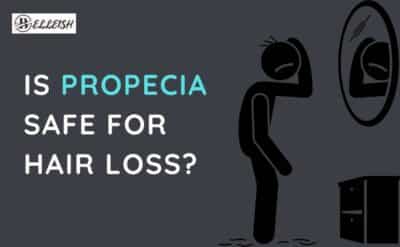 Hairolays an important role in determining a person’s self-image, social perceptions, and psychosocial functioning. The problem of hair loss is psychologically damaging and causes intense emotional suffering, often leading to personal, social, and work-related issues. People with severe hair loss are more likely to experience psychological distress than those with mild hair loss.

Among the numerous hair loss treatments, Propecia or Finasteride is extremely popular because of its effective mechanism of hair growth management and impressive success rate of managing hair loss and reversing male pattern baldness.

Finasteride is an FDA-approved pharmacologic agent for treating benign prostate hyperplasia and androgenic alopecia (male pattern hair loss) in men. Finasteride was used in 1992 to treat benign prostatic hyperplasia at 5 mg. In 1997, it received approval to treat male pattern hair loss at 1 mg and was coined under the brand name Propecia. Finasteride has also been used to treat signs of hyperandrogenism, such as hirsutism, and may find use in transgender women in combination with estrogen for its anti-androgen properties.

Being a 5-alpha-reductase inhibitor, Propecia blocks the conversion of testosterone to dihydrotestosterone (DHT), the androgen responsible for male pattern hair loss (androgenetic alopecia) in genetically predisposed men. Results of phase III clinical studies in 1879 men have shown that oral Finasteride or Propecia 1 mg/day promotes hair growth and prevents further hair loss in a significant proportion of men with male pattern hair loss. The evidence further suggests that the improvement in hair count reported after one year is maintained during two years of treatment. In men with vertex hair loss(pattern hair loss is a form of hair loss that typically appears at the front, mid-scalp, and/or the crown/vertex of the scalp), global photographs have shown improvement in hair growth in 48% of Propecia recipients at one year and in 66% at two years compared with 7% of placebo recipients at each time point. Furthermore, hair counts in these men showed that 83% of Propecia versus 28% of placebo recipients had no further hair loss compared with baseline after two years.

Extension of the two years into five years and the results further demonstrated that long-term treatment with Finasteride could lead to durable improvements in scalp hair compared to treatment with placebo in men with Androgenetic Alopecia.

Hair counts, which increased with finasteride treatment during the first year of the study, remained above baseline over five years. In contrast, men treated with a placebo progressively lost hair over five years, confirming the effect of continued miniaturization of scalp hair that is the hallmark of this disorder. Thus, the treatment effect of Finasteride on hair count relative to placebo increased progressively over time, leading to a net improvement for finasteride-treated men of 277 hairs in the target area compared to placebo at five years. Most (65%) Propecia-treated men had increases in hair count at five years, compared to none of the placebo-treated men, but even for those finasteride-treated men with a lower hair count at five years compared to baseline, the average magnitude of loss was less than that observed in the placebo group. These data support that the progression of hair loss observed in placebo-treated men was significantly reduced by treatment with Finasteride.

Similarly, an expert panel review of standardized clinical photographs confirmed the benefit of finasteride treatment: 90% of finasteride-treated men either maintained (no further visible hair loss from baseline) or sustained visible improvement in scalp coverage over five years, while 75% of placebo-treated men recorded visible deterioration in scalp coverage. The investigators’ assessments also demonstrated a sustained benefit of finasteride treatment over five years. Although there was no further improvement reported for finasteride-treated subjects between 2 and 5 years by this assessment, there was significant deterioration reported for placebo-treated subjects during the same time.

In a clinical study conducted to determine the safety of Finasteride, the active ingredient of Propecia, two reviewers independently evaluated eligibility and collected the data by assessment of methodological quality. Jadad score, an Oxford quality scoring system, was used for scoring the study. Parameters like patient self-assessment, hair count, investigator clinical assessment, global photographic assessment, and short-term and long-term adverse effects were evaluated as a part of the study.

Twelve studies, including 3927 male students, were included in the research, and based on the evaluation, researchers came to the conclusion that the proportion of patients reporting an improvement in scalp hair was greater with Finasteride( Propecia) than with placebo treatment in short term and long term; both results were considered to have moderate-quality evidence. Evidence even suggested that Finasteride therapy increased the mean hair count from baseline compared to placebo on both short-term and long-term basis. In addition to improvement in scalp hair, a possible risk of sexual disturbances was observed by the researchers. The risk of discontinuing treatment because of sexual adverse effects was similar to that of a placebo. Based on moderate-quality evidence, the study concluded that daily use of oral Finasteride increases hair count and improves patient and investigator assessment of hair appearance while increasing the risk of sexual dysfunction in patients.

Finasteride, a 5-alpha reductase inhibitor and the active ingredient of Propecia, is considered the first-line treatment for androgenetic hair loss in men. Despite Propecia’s effectiveness, patients are expected to take the medications indefinitely despite the lack of research regarding long-term adverse effects. Concerns regarding the adverse effects of these medications have led the United States National Institutes of Health to add a link for the post-finasteride syndrome to its Genetic and Rare Disease Information Center.

Post Finasteride syndrome (PFS) is a term recently coined to characterize a constellation of reported undesirable side effects described in postmarketing reports and small uncontrolled studies that developed during or after stopping finasteride treatment and persisted after drug discontinuation. Symptoms of the problem included decreased libido, erectile dysfunction, decreased sperm count, gynecomastia, skin changes, cognitive impairment, fatigue, and even psychiatric issues in the form of anxiety, depression, and suicidal ideation.

Post Finasteride Syndrome Foundation, which was created to raise awareness about PFS, recently sent an email to dermatologists practicing in the United States to inform them about the syndrome and its inclusion into the National Institute of Health’s Genetic and Rare Diseases Information Center (GARD) even though inclusion in the GARD is not an official recognition of PFS by the NIH as explained in the website disclaimer.

Based on numerous studies conducted and evaluated by the foundation, researchers concluded that high-quality studies do not document persistent sexual and psychiatric side effects after 5αRIs like Propecia, and prospective studies to establish the true incidence and frequency of the problem are needed. Propecia is effective for hair loss problems, but the user needs to be careful about adverse reactions associated with long-term use of the drug.

Finasteride vs. Minoxidil – Which one is good for you?

What is the role of Careprost in regrowing thicker lashes